Blog > Your Name in Elvish > Roman in Elvish 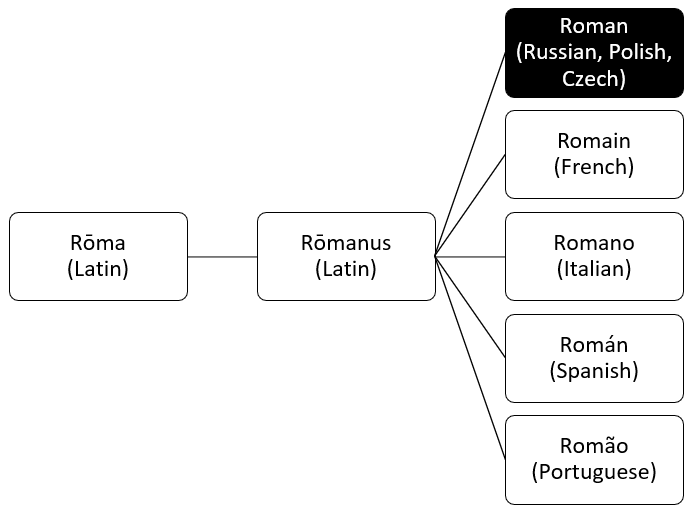 Roman, your name is really cool! It’s a name based on the Roman ethnicity, and those are really, really difficult to translate. Well, you know me, I love it when it gets interesting!

Sometimes when translating an ethnicity, you can go back to what the name of the ethnicity means. But, not this time. Rōma is an ancient Italic placename. Linguists have theories about its origin, of course. Maybe it’s derived from a Proto-Indo-European verb meaning “to flow.” Maybe it’s an ancient Etruscan loanword meaning “teat.” We just don’t have enough evidence to work with.

Imagine an Elf meeting a Roman and asking “Ar lye, mana i nórelya?” (And you, what is your tribe/nation/land/race?) How does this human answer?

Our first, and most useful option, is to make a phonetic equivalent to Rōma, which is Róma in both Sindarin and Quenya, make an adjective meaning “of Róma,” then base names off of that. Our elf will still be confused because they have never heard of this land called Róma, (Maybe it’s Rómenna, to the east?) but it’s the closest translation.

Our second option is to try to find an in-universe cultural equivalent to Rome and use the ethnic names for that. This will be for our fanfiction and roleplay character’s names. So, what IS the equivalent culture?

Your gut reaction is probably Númenor, and I’d say… pretty close. The inspirations for Númenor are a lot more varied than that though. Most obviously, it’s inspired by the legend of Atlantis, so much so that Tolkien made a new root, TALAT just so he could have an in-universe word sounding like Atlantis for Númenor: Atalante. But that’s not all. Tolkien was a medievalist. In the Middle Ages, the source of ancient Greek philosophe and innovations in science was the Islamic world. Tolkien even structured the Númenórean language, Adûnayân, similarly to Arabic, basing word formation on three consonant roots with vowels slotted in-between to change the meaning. Rome, while powerful and influential, was aping Ancient Greek culture. Thus, I’d say that a closer equivalent culture to Rome is what came after Númenor fell: The Númenórean countries founded in Middle-earth.

A Sindarin elf sounding out Rōma would say “Róma.” A common way to say that something or someone is made of or from something/someplace is the adjective suffix -ren. Thus, the Sindarin adjective meaning “Roman” would be *Romaren.

You can use the adjective on its own as a gender-neutral name.

For the Middle-earth equivalent, I’d go with Tarchil. It literally means “high-human” and it refers to anyone descended from the Númenóreans. You could also use Dúnadan, as was Aragorn’s nickname.

A Noldorin elf sounding out Rōma would also say “Róma.” To make it an adjective, they’d add the suffix –rinwa (often shortened to –rin, as in Noldo-rin, Sinda-rin.) Thus, the adjective would be *Rómarinwa.

You can use the adjective on its own as a gender-neutral name.

For our human being named after being of Númenórean descent by some Quenya-speaking Elves, they’d be called Tarcil or Núnatan. Among humans, Quenya names are reserved for royalty, so this would be a nickname for your character only used amongst their non-human friends.

Roman, I hope that you found this article interesting and useful!