Blog > Your Name in Elvish > Linda in Elvish 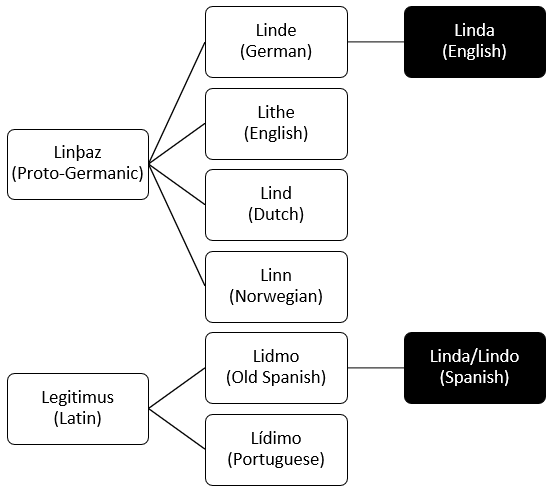 Linda, your name is really cool! It’s based on an ancient word meaning “weak, tender, soft.” It wasn’t used on its own until recently, where it was a Germanic nickname for names ending in -linde.

But, this isn’t the only source of your name! It’s also a Spanish word meaning “handsome/pretty” with a completely different history.

For “weak/tender/soft” I’d translate it as “Milya – soft/gentle/weak.” This adjective can be used on its own as a genderless name.

For “beautiful” we have two words, from the same root: Vanya and Vanima. These adjectives can be used as gender neutral names.

These names are all perfect for your Elven characters, falling right in line with a typical descriptive name that would be used as an Amilesse or an Epesse.

In Sindarin, our pickings for words that mean “weak/tender/soft” are a bit thinner, so the closest that we can get is “Mae – soft, pliant.” This can be used on its own as a genderless name. The gendered suffixes are awkward to use here, so I’ll use the nouns for “man” and “women.”

For “beautiful,” the word is Bain, which can be used on its own without gendered suffixes. This is the cognate of Vanya/Vanima.

These names fit in perfectly in Middle-earth. Elves love names that tell whomever they meet a lot of information about who they are, so culturally, these names are great!

Linda, I hope that you found this article interesting and useful!