Blog > Your Name in Elvish > Emily in Elvish 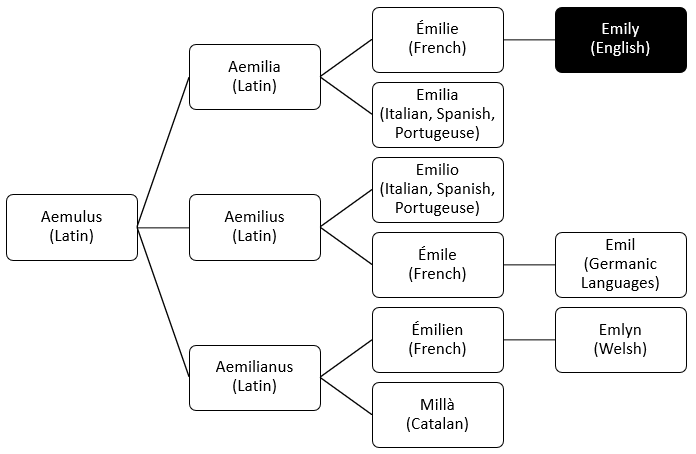 There’s no direct translation for “rival.” The closest that we have is “enemy,” but that has very dark undertones, not what we want. Instead, let’s use a fan-made word, *Anahta, which means “to oppose.”

I jump to *Anahta so quickly because for a fanmade word, it’s pretty safe. It’s based on a word that Tolkien made for Common Eldarin, Anak, and a common verb suffix, –ta.

Put this together with an agental suffix (a suffix used to make the word a word for the person who does/is the word it’s attached to) we get words meaning “opposer.”

As a name for your Elf characters, this is great. It’d fit right in as a Mother Name, which is a very personal name having to do with the character’s personality. This sort of name is only used amongst very close people, like family members, lovers, best friends. If someone who wasn’t in an intimate relationship with the character referred to them with this name, it’d be considered either very presumptuous, or very rude. Or both. So, save this name for after a few life-and-death adventures in your campaign, since it is a marker of intimacy.

Again, we don’t have a word for “rival” in Sindarin, so we need to dip into fanmade vocabulary. Our fanmade word is *Dadhra– “to oppose.” This one is also very stable, made from the elements (n)Dan “back, re-, against” and the verb suffix –ra.

To make this verb into a name, we’ll add agental suffixes, making names that mean “opposer.”

For your Middle-earth characters, this name works great! Again, since it’s talking about the character’s personality, it’d be a Mother-name. Though, it could also be a nickname given to your character, because of their noticeable contrary nature.

Emily, I hope that you found this article interesting and useful!