Blog > Your Name in Elvish > Edward in Elvish 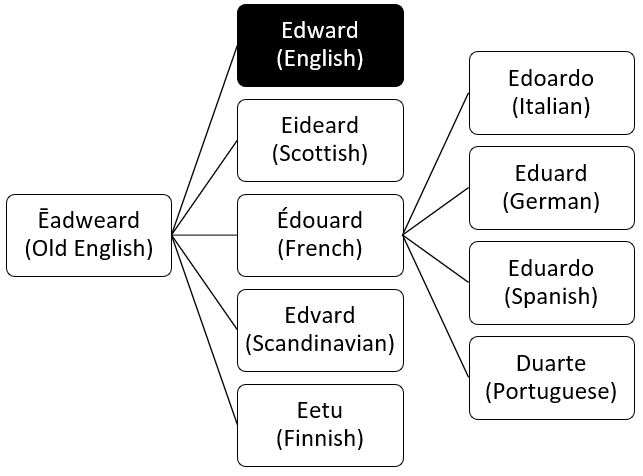 The word for “guard” is Tirn.

Put these together and you get gender neutral names: Maeligdirn and Mirthirn.

These are all great personal names for your Middle-earth characters. I could see it being for someone who is greedy and miserly, or someone who protects that which is precious to them.

The Quenya word for “wealth” is Aurie, and the word for “richness” is Lar. Lar is also the word for “fat,” but an Elf wouldn’t see this as a negative, since having fat indicates prosperity and health. Aurie is a vaguer term, meaning “a person’s possessions” whether they have a lot or only a little. Thus, I add Míre “treasure, jewel” to the ways of translating Ēad.

For “Guard,” we have Tír, which is gender-neutral, and Tirmo which is masculine.

Like in Sindarin, these names are great for your Elf characters. They sound like they could be a Mother Name, a Chosen Name, or maybe a nickname as well.

Edward, I hope that you found this article interesting and useful!