Blog > Your Name in Elvish > Margaret in Elvish 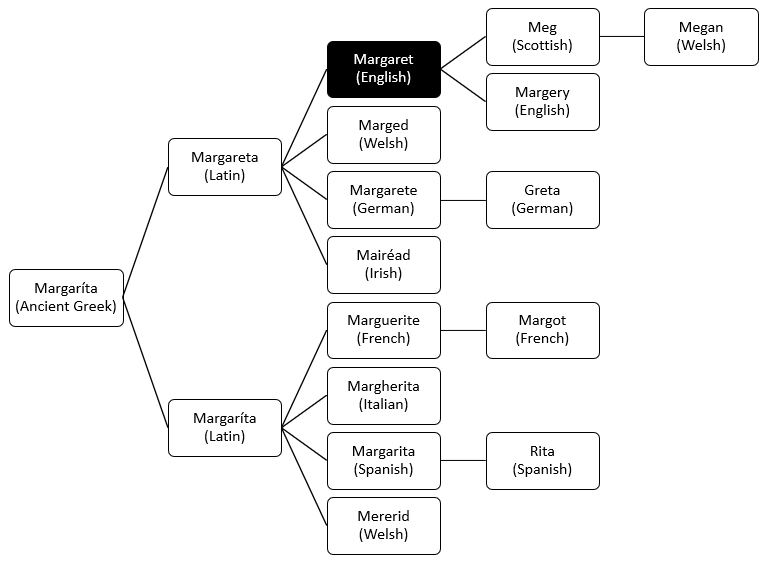 When translating this into Elven languages, we have a problem, because neither Sindarin nor Quenya has a word for “pearl.” So, I’m translating it as “sea-gem.”

If you’re a connoisseur of Elvish name translations, you’ve probably see “marilla” listed as a word for “pearl.” Unfortunately, this is from an earlier draft of Quenya. It was used to explain Silmaril from sil+marilla. Tolkien discarded this explanation to make silma+rille instead, which means that marilla is discarded too.

The Quenya word for “sea” is Ear, and the word for “gem” is Míre. Put it together and you get Earmir. If you want a feminine suffix added: Earmírie.

As a name for an Elf in Arda, this name is fine. It’d be interpreted a little differently than we would, since two-word personal names like this are usually designed to show how a person is like a thing instead of saying that they are the thing. So, this would be more like “person who is rare as a gem in the sea,” since the sea is so vast and a gem is so small.

The Sindarin word for “sea” is Gaer, and the word for “gem” is Mîr. Putting these together makes Gaervir. We wouldn’t add a feminine name suffix to it since it would make it sound like a Father-name instead of a Mother-name or After-name.

In the Woodelven dialect of Sindarin, the diphthong AE became E, which is why we have Legolas and not Laegolas.

As a name for an Elf in Middle-earth, this is a fine name. I’d bias it for elves who actually live near or at least have seen the sea. I just gave a Woodelven dialect version, but it’s an unlikely name for a Woodelf.

Margaret, I hope you found something useful and fun in this article!