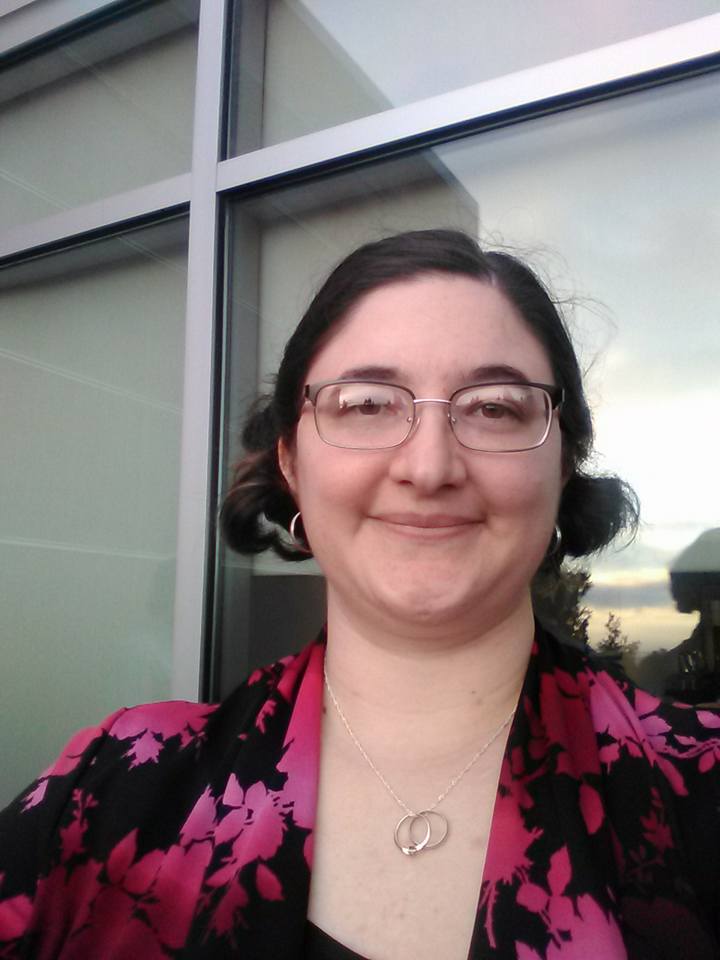 It may have been “Our Seventh Meeting” for some, but for me, it was the first. So many thoughts and feelings are whirling about in my brain, It’s difficult to put them to words, but I will try, none-the-less.

When I started out at 15, I thought I was alone in my love of the languages.
At 16, I discovered that I wasn’t alone, and started studying the works of people who had been studying for many, many years.
At 17 I was told by an older member of the community (I don’t recall who) that I should quit and go back to my Legolas posters. He thought that I wasn’t actually earnestly studying Tolkien’s works, that I was just yet another fangirl brought in by the movies, just because I was young and female. That frustrated and enraged me, so I quietly left Elfling.
At 20, I finally got to take an actual linguistics course, and I started teaching people Sindarin online.
At 28, I graduated from college with a degree in English linguistics.
Now I’m 30, and I’ve just published my first book.

I never thought I’d get here. I never thought I’d be worthy of getting here. Maybe some part of me believed the grumpy old man trying to chase the teenage girls out of the community. But, I went to Omentielva, and I was welcomed. I got so many kind and flattering comments about my book, A Fan’s Guide to Neo-Sindarin and many of them bought a copy and had me sign their books, as though I’m someone whose opinion actually matters in the community. Carl Hostetter thanked me for including “Neo-” in the title and the inclusion of marking fan-made words, then gave me an extra 5 dollars for his copy of the book, Bill Weldon took me aside and said that he’d like to see my book in bookstores with the other Tolkien-linguistics books. He gave me some tips on where I could find information about getting my books into larger chain bookstores. Christopher Gilson went through a lot of trouble to make sure I got there and that I’d be able to eat the food at the conference (I’m dangerously allergic to dairy products). Long story short – I really felt welcomed, like I belonged.

Once I got past the star-struck awe of getting to meet so many people that I admire and am thankful to, another feeling settled over me, a combination of relief and longing for an experience that I didn’t know that I was missing. I was able to speak face-to-face with other people who know Tolkien’s work. People whose eyes wouldn’t gloss over when I started chattering about some obscure thing I found fascinating. I was talking with people who knew what I was talking about, whose eyes lit up with recognition with the mention, and they were able to join in! I could make jokes that people could understand, I could commiserate over some of the more frequent and annoying requests that the more casual fans make of us, and I could hear other people make jokes and chat about things that I too was interested in.

The most memorable thing we did I think wasn’t so much anything scholarly, just something that Tolkien’s elves would very much approve of. Saturday night we had a feast wherein plenty of wine was drunk, songs sung, and Sindarin and Quenya poetry recited. If this isn’t a regular feature of Omentielvar, it should be. We laughed, sung, and drank long into the night. Though, some people regretted that last part the next morning… there were a few suitably epic hangovers in our midst.

The next Omentielva is in Europe I believe, and I hope that I will be able to (afford to) come. This time, I made it because Beregond allowed me to split up my payments because I couldn’t afford the whole fee at once, and my dad paid for the flights to and back with his frequent flier miles. Hopefully, in two years I will be more financially stable and able to go there and bring my wife along too.